← more from
Parenthèses Records
Get fresh music recommendations delivered to your inbox every Friday.
We've updated our Terms of Use. You can review the changes here. 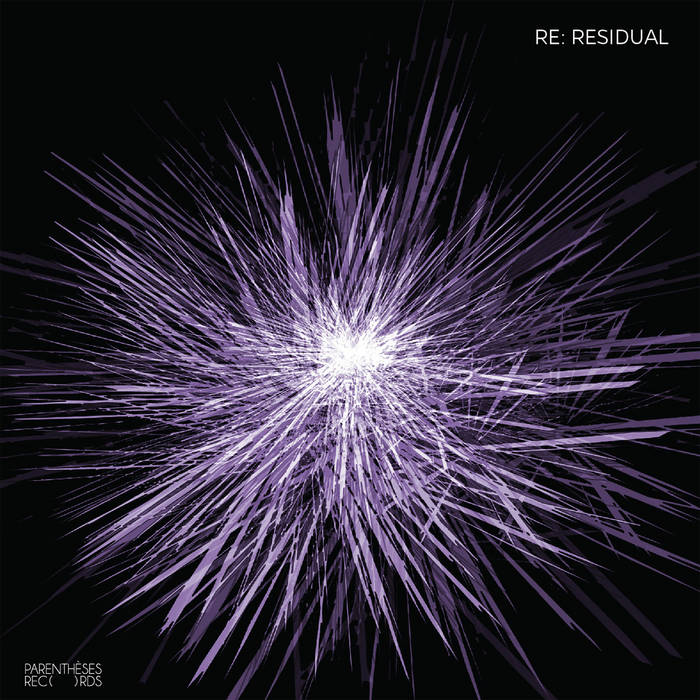 At the start of 2014, Alexis Courtin from PR and Peter Knight discussed their shared desire to give the album a second life and thus asked a carefully chosen list of musicians from France and Australia to present their personal perspectives on Residual. The result is this amazing album that comes as a FREE download, blurring the boundaries between abstract ambient, repetitive experimental music and groove-based textures.

MORE ABOUT THE REMIXERS

Mathias Delplanque is an electronic music composer, music critic, author of sound installations, teacher, composer for theatre and dance and the founding member of several musical ensembles. His sound work takes on several main lines and develops through different identities suchs as Lena for his dub explorations, Stensil, Bidlo or his own name. He lives and works in Nantes (France) and runs the Bruit Clair label, dedicated to electronic music and sound art. KEDA, his new collaboration with French based Korean E'Joung-Ju will be released on Parenthèses Records later this year.

Tilman Robinson is a composer, arranger, trombonist and sound artist, working across a wide range of styles. He has performed (and premiered) a diverse range of works at numerous venues, both national and internationally. Tilman has received commissions from prominent sources including APRA, Melbourne Jazz Fringe Festival (MJFF), PBSFM, the Melbourne International Jazz Festival (MIJF) and Arts Centre Melbourne. In 2014, Tilman released Network of Lines and was subsequently nominated for the APRA|AMCOS work of the year and for two Australian Bell Awards in 2014: Best Avant-Garde/Contemporary Album and Best Australian Jazz Ensemble.

Joe Talia is a drummer, percussionist and electro-acoustic performer based in Melbourne, Australia. He first established his reputation as a drummer in contemporary jazz and improvised music, fields in which he is now active as a member of the ARIA award winning Andrea Keller Quartet and in numerous collaborative projects, including a long-term duo with Oren Ambarchi. In the last few years a great deal of his work as a drummer has taken place alongside outsider singer-songwriters (such as Ned Collette, Yuko Kono and Francis Plagne), in groups which synthesize his adventurous, exploratory drumming with the demands of song form. In addition to the collaborations above he has performed, recorded and toured with Jim O'Rourke, Anthony Pateras, Boredoms, Richard Pinhas, John Duncan, Brous, Mary Halvorson, The Australian Art Orchestra, Thembi Soddell, Anthea Caddy, Sean Baxter, Robbie Avenaim, David Shea, Marco Fusinato, Rand and Holland, Adam Simmons, and Magic Mountain Band, among others. As a studio engineer, producer and mixer he has worked on records for Oren Ambarchi, Stephen O’Malley, Keiji Haino, Jim O’Rourke, Fire! and many others.

Dan West is a Melbourne based instrumentalist, music producer and sound designer dedicated to the composition, performance and audio documentation of original music. He works in his sound laboratory (a custom designed shipping container called tweakandtwang), collaborating with a variety of musicians and other cross-disciplinary artists to create new work to bridge the digital divide; fusing organic and processed sound. His work investigates ideas of social inclusion vs. social isolation through technology; specifically as it relates to the creative process.

All original works composed and produced by Peter Knight

Bandcamp Daily  your guide to the world of Bandcamp